Breast Milk Shouldn’t Be A Choice, It Should be Available to All

My name is Dr. Vansh Langer, founder of BBy. When I tell people about BBy, the first question everyone wants to ask me what prompted me to start this project. BBy is unlike anything anyone has ever seen before and it’s only natural to wonder.

While I was still learning my trade in Chicago, I was presented with a few cases of necrotizing enterocolitis in premature and full term infants. The one thing they had in common? They were not breastfed, either because their mother could not produce milk or they were adopted and did not have access to mother’s milk. After seeing the absolutely harrowing sight of a child no larger than my hand wither away and die because of a disease that could have been 100% prevented with the foodstuff that nature itself provides our little ones I decided that something needed to be done. I spent a year of my life researching every facet of breast milk, from its composition to the methods to acquire milk from other parents and one thing became abundantly clear to me; there was no unified, safe and reliable and cost effective way for parents of all ilk to get access to natural mother’s milk. Milk I purchased and had shipped to me sometimes contained viral diseases such as HIV and Hepatitis, was spoiled in transit or simply didn’t arrive at all. There had to be a better way.

BBy started as a community grassroots project, connect parents in our local Chicago clinics and hospitals with each other to buy and sell milk in a safe and controlled manner. Give parents desperate for mother’s milk access to safe and reliable sources of the “liquid gold” and give mothers who could provide it with a meaningful income that they could then use to raise their own children and handle the financial stresses of life. I worked night and day creating a series of tests and procedures that ensured that the milk an infant received through BBy was the same as if the mother fed the child herself. It’s a safe, tested and easy method that is constantly praised by our members. And because we manage payments we can ensure that sellers receive their money and that buyers are never scammed. As the process became more streamlined, I made the decision to leave medicine and work on BBy full time so that I may share this program with parents across the nation and, hopefully, around the world. But BBy is more than just a business, we’re a social revolution. By creating local communities of parents united in parenthood, we break down social, geographic and historical boundaries. BBy Parents aren’t just business associates, but friends. That is my biggest personal triumph. Since then we’ve expanded nationwide and now sell our milk direct to you. No connections, no spoiled milk, just 100% natural mother’s milk shipped right to your door. And we’re forever working on our technology to make the science of milk better.

So I invite you to download the amazing BBy app, available for Android and iOS. BBy is the only physician created solution. I’m so excited to share our solution with you, and to continue helping care for the next generation of humans. 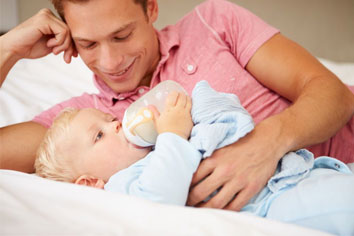 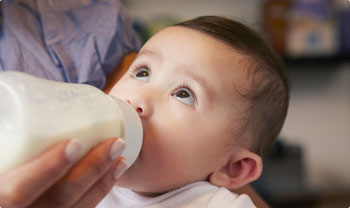 We're creating amazing things at BBy, to learn more or join us in Nurturing the Future use the contact form below.

COVID-19 Update: BBy has increased our testing standards to include COVID-19 and our pasteurization standards enable denaturing and removal of COVID-19 from our milk